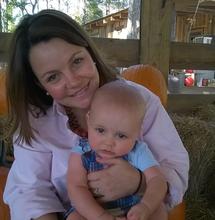 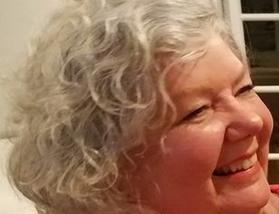 My culinary career started at about age 11. Career kidding aside, my early interest was as a result of McCall's magazine which was in everyone's home in the 1960s, ours being no exception. At first I looked through it for the Betsy McCall paper dolls, which I faithfully cut out each month. But one day an entire section on cakes caught my eye ~ more specifically the 3-layer Dutch Chocolate Birthday Cake! It was the first thing I ever remember making and to this day it remains the "official" family birthday cake!

Moving ahead a few years, like all young ladies, I dutifully took Home Ec while in junior high school and still use certain recipes in the "Practical Cookery" cookbook which was originally published in 1945 although my version, in its 23rd printing, was updated in 1966! I still make the mac and cheese, apple crisp, and tuna casserole ~ the "classics" necessary in everyone's repertoire! While in college I collected even more recipes and because they were getting out of hand, I hand wrote them on small 3-hole punched notebook paper and filed them by category into small black notebooks. And yes, I do still have them, as well! The collecting hasn't abated and I now have an entire file drawer of recipes to try ~ and try them, I do ~ at least one new one once or twice a week. And even though we have shelves of cookbooks and culinary magazines, we still subscribe to Cook's Illustrated and Saveur. The old issues of Gourmet will forever be part of recipe legacy to our daughter!

Although with an interior design degree and various other career paths (including hotels and commercial nuclear power), food has continued to be a common thread in the background of all the divergent roads: an on-and-off catering business, Thyme Out, with husband Bob; a daughter who graduated from Le Cordon Bleu to work in restaurants; a Dinner Club begun in 1985 still going strong with the same group of dear friends; and eventually working for a high-end cookware store, and a spice shop; food and good ingredients are still a passion.

Every yummy product we assemble is made from all-natural herbs, spices and dehydrated vegetables and fruits with no additives. Enjoy the entire line and keep checking back with us to see what new goodies we add for your culinary pleasure!

To your good health and taste!

Growing up in a household of great cooks and spending most of our family time in the kitchen and/or around the dinner table it was kind of a no-brainer for me to follow in the love for food footsteps my parents laid out. My real culinary journey began after I left Salem College to pursue a Culinary Arts degree at Le Cordon Bleu College of Culinary Arts. I was enrolled in the second class to start at the campus in Tucker in 2004. I learned all the basics from the VERY beginning. Starting with how to hold a knife and from there with each class I learned more and more skills. I was hooked for life.

I did my externship at the Atlanta staple, Watershed, under the direction of James Beard award winner Scott Peacock. I was hired fulltime soon after my externship began and had the pleasure to work with both Steven Satterfield (of Miller Union) and Billy Allin (of Cakes and Ale and Bread & Butterfly), both of whom are award winning chefs and restaurant owners in Atlanta. I learned so much and those two years will always be some of my favorites!

The next stop in my culinary journey was the Midtown powerhouse and largest of the Fifth Group Restaurants, Ecco. This was a huge departure from a small Southern cuisine restaurant in Decatur. It was amazing! It is a European, Mediterranean-style restaurant that serves meat and cheese boards, small plates and hand-made pastas. I was promoted to Sous Chef after being there for a year and a half. Working in a large, high volume restaurant was an invaluable experience. While working at Ecco, an old friend from the Watershed days called. Steven Satterfield was opening his first restaurant and wanted me to be his Sous Chef. I was elated and humbled to take the job! I left Ecco after 3 fast and wonderful years where I met a lot of amazing people.

Steven and I began menu development in late summer/early fall of 2009 and the restaurant opened in November 2009 with a bang! My now husband, Matt Conway, coincidentally proposed to me the week before the restaurant opened! There were a lot of late nights, long hours, and accolades that came our way. It was by far and away the hardest thing I’ve ever done and wouldn’t have traded the experience to help open a restaurant for anything in the world. Being newly engaged and never seeing my fiancé because of our opposite work hours, I felt it was time to leave the restaurant business. I said my goodbyes after 6 months at Miller Union.

I began work at Whole Foods Market soon after the wedding where I started as the Catering Specialist. I did that for a year and a half and was an integral part in developing the South East region Catering menu and program. I worked my way up to the Associate Team Leader for the Prepared Foods Department. I worked at Whole Foods Market for 3 years.

We welcomed our first child, Declan Thomas Conway, into the world a few months after my leaving Whole Foods Market, in March 2014!

My first job back after having Declan was 9 months later when a friend and Sous Chef from Ecco, David Bradley, called and said he had a job for me. I began at The Atlanta Neighborhood Charter School in January of 2015 as a Nutrition Associate, cooking healthful lunches for K-8 kids in the Grant Park/Ormewood Park neighborhoods. We are a farm-to-table breakfast and lunch program and have two school farms, one located at each campus. Having worked in many different parts of the food service community, I truly feel as though I have found “my place” at ANCS. Never have I felt more fulfilled at a job than I do now. And when we welcomed our second child, Lincoln Hart Conway, in May 2017, this amazing school family has become even more important to me. Starting Thyme to Garnish with my mother, Becky, is just the cherry on top! We hope you enjoy all the love and knowledge we possess and we want to share that with you through our blends!